THE LAW ABIDING CITIZEN
View Video Version
"Yeshua of Nazareth was raised in an observant Jewish family in a culture where the Torah (five books of Moses) was the National Constitution.”
– Nehemia Gordon, Author & Hebrew Scholar

In America, we live in a place that has various types of laws: We have federal, state and local, to name a few. On a broader scale…there is international law, constitutional law, civil law, administrative law, and so on. In the day of Jesus and His first disciples, there was the enduring Law of YHVH, the Book of the Law received from Moses [which included God's Law], the oral law of the Jewish authority, and the local laws of occupying Rome.

Now, envision an American citizen today who is mean, nasty, speaks all kinds of profanities, and curses his mother every day. However, at the same time, this person stops at every red light when driving, pays his state and federal taxes, and even walks his elderly neighbor’s dog. Technically speaking, he is a perfect law abiding citizen. And for this reason, this man considers himself to be a good person. He sees nothing wrong with the condition of his character whatsoever.

Well...similarly, you will read in your Bible about people who were perfect “law abiding citizens” when it came to the “National Constitution” for the Jewish people, the Book of the Law received from Moses. The Apostle Paul, prior to conversion, was a good example of this. Paul described himself as being “blameless” concerning the righteousness which was of the law (e.g. Philippians 3:4-11). And then there was the oral law with its traditions which Pharisees had actually elevated above God's law and had become experts in teaching. But you will read how Jesus often rebuked these types of people (i.e. the self-righteous) and contrarily favored sinners who were admittedly “in need of a physician” (Luke 5:31).

Question: What is the point being made in the narrative above?

Answer: Just as obeying each and every law of a state or federal government today doesn’t make one justified before God, neither did one obeying every order in the Book of the Law received through Moses or the oral traditions of the Jewish authorities. Laws help govern people but God wants our hearts. He wants us to obey Him from within because we love Him and desire to please Him. And when we are granted God's nature and love Him, we love our fellow person as well. These two concepts sum up the entire Law of YHVH (Matthew 22:34-40).

Additionally, we should not try to obey the LORD merely out of a fear of punishment (1 John 4:16-19). And when we are obedient, we should never be self-righteous. After all, both faith and repentance are gifts from God. (e.g. Ephesians 2; 2 Timothy 2).


"Therefore the law is holy, and the commandment holy and just and good." - Romans 7:12
Sadly, rather than seeing self-righteousness as the key religious dilemma in Jesus’ day, many make the grave error of seeing law itself as the problem. This would be like blaming red stop lights and taxes as being the problem with the nasty citizen in the example above. The issue, however, wasn't external laws but rather his internal heart condition. And because the citizen kept external manmade ordinances, he maintained a false sense of security and had no desire to change. But just as we read in the news too often, malice stored up in one's heart can easily lead to one breaking the very law he or she once took pride in keeping. So we see law itself having no power to change one from within (Romans 8:3) and it simultaneously being the very standard by which a lawbreaker will be found guilty and condemned.

To solve this problem, YHVH sent His Son Yeshua (Jesus) to live, die, be raised to life, and then His Spirit made available to us so that we are empowered to keep the commandments of God. With God's Spirit in us, we desire to keep His commands, with or without manmade ordinances (John 14:15-21; 1 John 5:2-4). And this is one reason an overly negative view of law & order is so misguided. Making matters worse is the fact that this anti-law sentiment often includes the very Law of God; the law YHVH our Elohim desires to write on the hearts of His people (read Ezekiel 36; Jeremiah 31; Hebrews 8).

DATE NIGHTS
View Video Version
Though it was out of state, four husbands attended a summer-long men's retreat in an effort to improve their marriages. The very first week, these men learned of the importance of setting date nights as a key method of “keeping the fire burning” in their relationships.

The husbands decided to put this concept into practice right away. And so, each man wrote his wife a letter instructing her to meet him along the state line, which happened to be the halfway point. The couples would rendezvous at a designated restaurant at the designated time of 4 p.m. each Friday. Then, each Friday evening, the couples would have dinner together and spend the night in the attached hotel. The following Saturday, the pairs would spend the day together and each husband and wife would later make the return drive to their respective locations by Saturday evening. These summer date nights were to be a highlight for each couples’ week and hold them over until they were reunited in the fall. 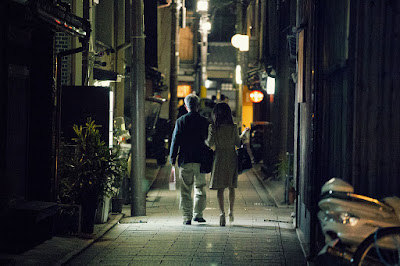 Unfortunately, most of the husbands were robbed of the opportunity they sought to be sweet and bless their wives. Accordingly, their wives missed out on the wonderful opportunity for closeness and the intimacy they so often desired with their husbands. Here is why:

Because she wasn't wearing her eyeglasses and misread her husband's letter, the first wife kept showing up to the restaurant on Sundays. Another wife kept showing up on Wednesdays because that was the day that fit best into her schedule. And sadly, the third wife didn’t show up to the restaurant at all because she hated driving and the state line was just too far away...in her opinion. On top of this, she was very shy about eating in public; even when it came to dining with her husband.

All was not lost though! The fourth and final wife actually showed up when and where she was instructed. As a result, she and her husband had the time of their lives each Friday night & Saturday afternoon. Amazingly, the strength of their marriage was greatly enhanced! In the fall, the two of them enjoyed a relationship so enriched that it made the former way seem as but a shadow. And needless to say, they most definitely continued having date nights.

Q: What is the meaning of this parable?

This month, for Chapter 5, there was no contestant with the correct response...based on the specific challenge question posted. Nevertheless, anyone who submitted an answer which was extremely close was still awarded a consolation prize of $50.

January's challenge question asked for the "Principle and Protocol reference(s)" which pertained to the excerpt provided. The possible correct answers were one of the following:

Once again, I wish everyone the best of blessings! Next month's challenge question will be posted (LORD allowing) on Sunday, February 7th, no later than 6:50 p.m. CST (7:50 p.m. Eastern). Be sure to FOLLOW me on this blog, Facebook or Twitter and BE READY FOR THE IP2RR CHALLENGE!


Reminder/Hint: February's Challenge Question will be based on Chapter 6 of Rescuca: Savior of the Realm. Chapter 6 is entitled Another Story to Tell.

“Grafting in the Wisdom shard was brilliant!” Thaed exclaims. “More stuff you learned during your studies in the Realm, no doubt. So from there I guess it was simply a matter of waiting for the first few Numah to come around and put forth their hands to the fruit of your Wisdom shard.”

Rescuca smiles. “You’re a fast learner, my furry friend! Yes, just as with the Legna in Noiz, it wasn’t difficult to convince the Numah in Nede that they were in bondage to a cruel emperor. Epaga wanted to do nothing but keep them around for his pets, and as soon as they were enlightened, they were able to see this for themselves. And if you remember, the beauty of DROIT is that once you acquire it on your own channel, you have DROIT with all the creatures on that same spectrum. So for the entire planet of Thrae, that meant our clan would have DROIT with all Numah that spawned from these Numah and everything they had authority over. By getting on top of things early, we resolved the Numah problem at its root. There would be no Numah loyal to the emperor whatsoever. That was the plan anyway.” 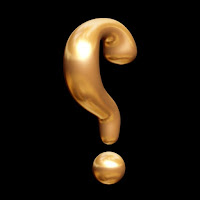 ~ Coded or decoded, what Principle and Protocol reference(s) covers and/or pertains to this section of Chapter 5?