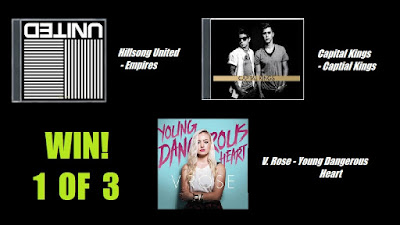 
Win 1 of these 3 Christian music CD's by answering July's IP2RR Challenge Question! The question based on Rescuca: Savior of the Realm will be posted to this blog on Friday, July 1st by 7:00pm (Central)!


NOTE: IP2RR prizes will only be mailed to addresses within the continental U.S!

I love and appreciate the Living Waters ministry. Nonetheless, when they mailed me a letter kindly asking for more financial support, I took the opportunity to mail them this letter with the provided reply envelope:

Hello Fellow Saints! - I love your ministry and will continue to support. Meanwhile, I pray your hearts be humble and [spiritual] eyes opened to the simple and plain truth in God’s Word regarding the doctrine of hell. The portrayed image of the One True God weighs in the balance.

“The truth is that since the very beginning, Church history has been rife with unrest, conflict, and even bloodshed—primarily over matters of establishing orthodoxy. And with today’s easy access to the annals of Church history, it’s time for us churchgoers to rethink the myth of orthodoxy, and begin re-evaluating what we’ve been taught.

For instance, many Christians insist that if you question hell, you are rejecting what has always been agreed upon by the Church, yet the doctrine of eternal torment was not a widely held view for the first five centuries after Christ, particularly in the early Eastern Church, the Church of the early apostles and Church fathers such as Paul, Clement of Alexandria, St. Gregory of Nyssa, Origen, and others.

What we do see during this time is the expansion and proliferation of pagan myths about the afterlife, which were then repackaged as eternal, fiery torment in the Western (Catholic) Church, primarily by Latin theologians and Church leaders from Rome. It seems this was most likely motivated by political expediency. The idea of eternal torment was a prime tool for controlling the average churchgoer with fear and was congruent with secular mythologies of the time. Later, pop culture added fuel to the fire (pun intended) through imaginative works like Dante’s Inferno.”

How & When the Idea of Eternal Torment Invaded Church Doctrine
By Jacob McMillen
Recommended Movie:

Tormented in the Flames
by Greg Boyd
Recommended YouTube Video:

#1 Cause of Death in America
by D. L. Dunnaville
Recommended Book: 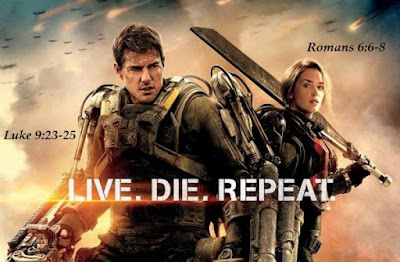 Live-Die-Repeat
= Sums up the Christian walk, until the Lord returns!

"Then He said to them all, “If anyone desires to come after Me, let him deny himself, and take up his cross daily, and follow Me. For whoever desires to save his life will lose it, but whoever loses his life for My sake will save it. For what profit is it to a man if he gains the whole world, and is himself destroyed or lost?"
- Luke 9:23-25

“…knowing this, that our old man was crucified with Him, that the body of sin might be done away with, that we should no longer be slaves of sin. For he who has died has been freed from sin. Now if we died with Christ, we believe that we shall also live with Him…”
- Romans 6:6-8

TEN & TWO
View Video Version
Did you know that placing your hands on a steering wheel in the 10 and 2 o’clock positions is now considered outdated and unsafe? Due to time and technology, that is…the invention of air bags, it is now considered safer to put your hands in a much lower position on a steering wheel while driving. Well, that particular 10 & 2 might’ve become obsolete, but let me share with you another 10 & 2 which will always stand the test of time (pun intended)! 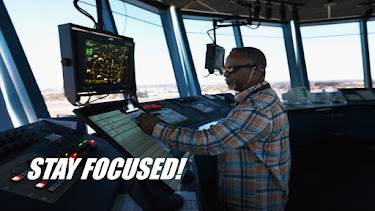 I spent about 15 years in the career of air traffic control. While working in control towers, there was saying we had whenever someone wasn’t giving their full attention to the job at hand. We would say “Ten and Two…Ten and Two!” What this meant to the hearer was “Turn around, get focused and pay attention to what’s in front of you. Don’t allow yourself to be distracted by what’s behind you.” This was an effective phrase and it’s still used today. As profound as that might be, there is an even better 10 & 2 which pertains to our focus and is far more important!

Through a man named Moses, the God of our universe delivered to mankind a set of divine instructions known as the Ten Commandments. In both the Old and New Testaments of a Christian Bible, you’ll also find Two Great Commands which sum up the Ten Commandments. The Two Great Commands instruct us to love the LORD our God (YHVH our Elohim) with our entire being and to also love our fellow person the same way we love ourselves. Yeshua, the express image and likeness of the Father and Source of all existence, told us that all of the Law and the Prophets hang on these two commands. 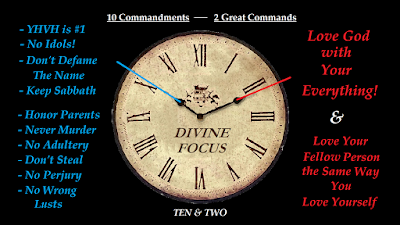 Now, if you know your history regarding the Israelites, then you’ll know they had a very hard time keeping the commands of YHVH; His divine 10 & 2. And so, at Hebrews 8:8-10 we find the writer declaring:


“Because finding fault with them, He says: “Behold, the days are coming, says the LORD, when I will make a new covenant with the house of Israel and with the house of Judah— not according to the covenant that I made with their fathers in the day when I took them by the hand to lead them out of the land of Egypt; because they did not continue in My covenant, and I disregarded them, says the LORD. For this is the covenant that I will make with the house of Israel after those days, says the LORD: I will put My laws in their mind and write them on their hearts; and I will be their God, and they shall be My people.”
So if you have had a hard time living for God, you’re not alone. You’re probably just missing the key ingredient which will energize you now and be used later to resurrect you as an immortal creature. I’m referring to the Spirit of Yeshua…the Holy Spirit of YHVH. Again, as you would’ve read in a previous article, all children of Adam and Eve are destined to die and the only thing that will grant us everlasting life (which we don’t not currently have) in God’s Kingdom is the holy stamp of His Spirit on our souls.

If you have not yet received the Spirit of God and been made a new person, then I encourage you to first ask the LORD for this great gift. Ask Him for a new heart which desires to keep His commands and grieves at the thought at displeasing Him. If you haven’t done so already, be sure to repent and change your mind regarding any wrong living which you have made room for in your life; no matter how big or small it might seem to you. Confess these things as a means of cleansing and then put all of your faith and hope in Jesus the Christ; Yeshua the Messiah who took on the same flesh you and I have and suffered and died so that we might live forever with Him in His Kingdom by the power of His resurrection!

Answer the Question Below
& Win a Free Copy of David and Saul!
Preview Link 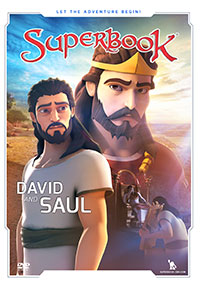